As much as I talk about owning a Corvette, my real dream is a 67′ Cougar, 289 with a three speed. I believe the color is called “Cinnamon Toast with a chocolate vinyl top. My parents owned one when I was very small. I have since owned three 67′ Cougars in my life: 1 was an XR7, one had a 427 and a 4 speed, and one was the classic 289 with a three speed.

I noticed there is one over in Irvine, Ky on St Rt 89 North on the left, setting up in the weeds. As I pass it by occasionally I am reminded that, when we have something precious and just ignore it, don’t pay attention to it, or abandon it, the precious thing will decay; slowly at first and then it will escalate. That was a magnificent car at one time. It was cool, and fun, and probably exciting to drive.

If you ignore what you bought, you’ll hate what you got!

Marriage is a lot like that car. It is fun, and exciting, and cool, and we loved it when we began. Then time goes by, jobs change, maybe a couple kids come and you begin to neglect it a little. The paint fades and we begin to wonder, “What happened to the shine, the sparkle?” And the truth is not that the car stopped being the car, it’s that you stopped paying attention to it, you got too busy. Then the rust sets in and when you look at your marriage, you begin to see the faults rather then the shine. Soon, with no care, and disdain rising, it won’t run right, and it leaves you setting, leaves you completely broken down.

It’s the little things that keep it shiny

That’s what happens when you stop doing the little things in your marriage that value and support your partner. You know, when you were young, in love and enthralled with that Cougar, you didn’t see a one of its faults, and when people pointed them out, you quickly wrote them off by directing the conversation to the positives. You could expound for hours on how this was the greatest car in the world. Same is true with your spouse. You used to see all the good and CHOSE not to see the flaws. So let me ask a question, why not go back to that kind of relationship?

There are newer models out there 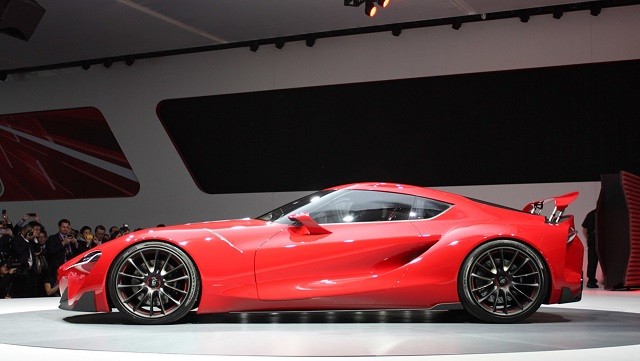 Let’s be honest, there are some newer and faster cars out now. The 67′ Cougar pales in comparison to them; The toyote Supra (above), the R7 Audi, the 07′ Corvette (not being greedy), I’m not even looking at the “supercars” yet. But here’s a point, why compare mine to the new models? Why not instead invest in the Cougar and enjoy the ride?
When the Cougar came out it was amazing. It was only about $2500 dollars. I recently priced one in immaculate condition, low miles, shiny, you get it right, well cared for; $28,000.00! more than ten times the value of when it was first produced. Ten times!

Keep doing what you used to do

This is why I will always try to keep doing the things I did for my wife before we married. I’m not blind, there are “newer models” out there, (see how I threw in the double entendres?), and let’s not pretend they aren’t pretty hot. But the value of my marriage grows every time I invest a moment, a kiss, a date, a dusting of the living room, or make the bed, our bed. Every encouragement, every inspiration just shines
our marriage that much more, why stop? Oh, I get she doesn’t look exactly like the girl I married, but she at least respects herself enough to care for herself while I do as well. She sees my faults, my struggle, my sin, and she loves me and makes me feel new. She invests in the relationship in little ways that are important and at the same time, might seem insignificant. She values the marriage. I work to keep it running, I work at making sure it doesn’t let her down or leave her setting. I invest. I may have a flat tire one day, need an oil change, maybe even a new part, but I won’t let it decay from lack of attention.

Why am I writing this today?

I’m sitting in my favorite spot in Richmond, Ky, pondering my marriage. I opened my Bible and there is a note from my wife. It’s PG but the sentiment is beyond. It was a very simple thing to do, and yet a very powerful way to shine the “car.” I cried, I’m not

afraid to admit it. It is the little, inexpensive, things that you do now that keep it running through all the “laters.”
So, what are you going to do today to maintain the joy, the lust-er, the longing, and the adventure in your marriage? If you don’t, you will come to hate it and you can blame whoever you want, but at the end of the day YOU stopped caring for it.

Do that one thing today that will value, or say “I love you,” to your spouse!

I wear jeans to preach because I am no more holy than anyone else. Jesus loves you just as much as he loves me. Let's start a conversation.
Join 2,343 other followers