I don’t want to be some doomsday prophet, or even come across all Chicken Little with the whole, “The sky is falling” routine, but come on! I look at this man’s picture and I realize that whether it is the polarization of the country, the hate of all the people pretending to be something that they aren’t: civil, and the escalation of violence, not to

mention what greed and fame are doing to our nation, we must see that something is up. Doesn’t it make you a little introspective about life, liberty, and the pursuit of happiness? Doesn’t it begin to call you to ask if you really think that there is an intelligent designer or if we just came out of the mud? It begs that we find a nice quiet spot and just be quiet and listen to our own hearts. This happened FAST.

Is there anything we should know?

In Matthew I read,
3 As Jesus was sitting on the Mount of Olives, the disciples came to him privately. “Tell us,” they said, “when will this happen, and what will be the sign of your coming and of the end of the age?” 4 Jesus answered: “Watch out that no one deceives you. 5 For many will come in my name, claiming, ‘I am the Messiah,’ and will deceive many. 6 You will hear of wars and rumors of wars, but see to it that you are not alarmed. Such things must happen, but the end is still to come. 7 Nation will rise against nation, and kingdom against kingdom. There will be famines and earthquakes in various places. 8 All these are the beginning of birth pains.             Matthew 24:3-8 (NIV)

Everyone has faith, but why do you have faith?

I mean help me here. I supposed to believe that two particles of dust that none can give an account for existed in space that no one can account for, and suddenly threw themselves at each other for no reason what so ever and with no help? Seriously? And in so doing got moving so fast that in colliding they created a reaction that became living matter? And as this matter progressed, I’m supposed to believe that some of it decided to

It makes a lot more sense and takes a lot less faith for me to believe in a God that intentionally created the world I know. I mean how backwards would I have to be, how much faith do I have to conjure up, to believe everything came from absolutely nothing? Nothing means “nothing.” Nothing can’t mean something. If it is something then it came from somewhere, or someone.

You ever watched a dog chase it’s tail? That’s what I see when I’m asked to believe that things like what are going on in the world and Jesus teachings don’t mean anything. This 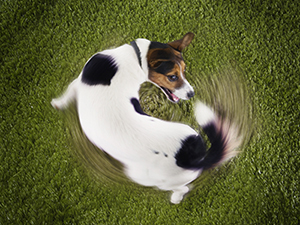 is what I see when a scientist finds flesh in a supposedly millions of years old dinosaur bone.

I look at the picture at the top and I see things progressing like Jesus told us they would and the questions I personally have to turn to are, What does this mean, and who can I help?

Maybe all the political garbage going on, all the artificial protesting and posturing, the pretend offended-ness, all the violence, should make us stop and define (for ourselves) what it is that we really believe. Do you really believe that at the end of life, there is nothing beyond it? No, I believe Jesus said signs like these are signs of the beginning of the end, not the end itself. Things like this don’t scare me, don’t get me riled up or anxious, they make me aware that there are still people that need to know the God I know, the peace I know, the eternity I know and the hope I live in every day.

I’m not saying it’s the end of the world. I’m not saying this picture means anything. What I am saying is, it is worth stopping and searching out what I believe and why. Is my belief emotional drivel or is it founded on a foundation of some sort?

Listen …….. the sound of hoof beats, the blare of a trumpet? Maybe just noisy people.

I wear jeans to preach because I am no more holy than anyone else. Jesus loves you just as much as he loves me. Let's start a conversation.