I had the opportunity today to be out and about in some of my favorite spots. I over heard a man say that there was something he would like but he was still negotiating with his wife about the purchase. Let’s admit it, some of us have to spend much time gently convincing our spouse that what we WANT is actually a NEED. It doesn’t always work. Not motorcycles however, those are prescribed for men by God. In any case, I heard the Lord very quickly let me know that I had the ability in the moment to meet this person’s want; so I did. Why?

We are doing kind of an “anti-Lent” on the way to Easter here at our church. We aren’t Lent-haters, I promise. With a little bit of study, you can see that Lent is really an extra biblical church activity. I struggle with Lent a lot because I really don’t see how letting go of my coffee habit is going to somehow connect me to the sufferings of Jesus leading up to his crucifixion. I already cannot fathom his depth of pain and suffering, I don’t think he wants my latte’. 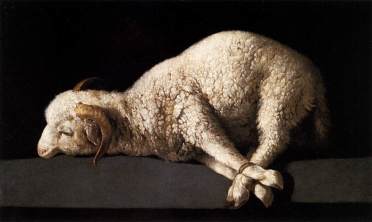 This week is all about Giving, specifically, sacrifice. Do we ever sacrifice? In biblical days they knew what that meant. You grab a sheep, a goat, a jar of grain, some herbs or spices, maybe even a child or some other livestock and you bring it to the temple and leave it there in the hands of the priest. You gave it to God. It was cut up, burnt, poured out, cast outside, gone. That means you went without it. It cost something, and it hurt a little bit to do that.

The truth is, I used to think of sacrifice as giving, but not the other part, the going-without-because-you-gave-it-away part. Sacrifice means I don’t have something any more. So if I sacrifice money, then I cannot spend it. I don’t have it. A guy once said, “You can only spend money once.” What a genius. I say that because not everyone I know (certainly not me a while ago) believed that. Sacrifice means that you are going to do without something. In this case so that you can give it to God, or someone in need, or want.

Sacrifice is not always just about money. You can sacrifice your pride, your time, your energy, your love, your dreams, your desires, your attitude, there are a lot of things you can sacrifice. When you do sacrifice them, you don’t get to use them again. Think about time. If I were to sacrifice my money, I could earn a little more to make up for it. But, if I sacrifice my time, I can never get it back. When I stop what I am doing and love on someone by spending time or working for them, I can never get that time back again. I let it go, I gave it away as an act of worship.

Sacrifice isn’t always only for desperate people. We are not called to only help or give to people who are destitute. Sometimes we need to be like God and remember that he described himself as lavish. The story of the “Prodigal” in the Bible is actually a story of a “Prodigal” father, not a prodigal son. The lavish, wanton, ridiculous love of the father that took the boy back was the focus of the message. I don’t know why people always focus on the boy, he isn’t the context of the metaphor. The sacrificial LOVE of the Father is the message, the point of why “who-so-ever-will” may come.

The life that Jesus came to give you and I, according to John 10:10 is described in the Greek word, “Perssisos”. Look it up.

What sacrifice do you bring to God this year at Easter? Who do you sacrifice for intentionally to love God?

I wear jeans to preach because I am no more holy than anyone else. Jesus loves you just as much as he loves me. Let's start a conversation.